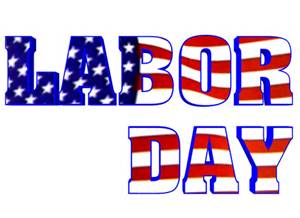 For many living in the United States, Labor Day is the ultimate long weekend—it’s the end of summer, the beginning of fall, and the last day to wear white for some. Established nationwide in 1894, Labor Day is actually a dedication to the achievements of American workers and the contributions they have made to the prosperity of the country.

This Labor Day, Indeed is celebrating all of the reasons to work. What motivates you to go to work each day? Your family. The environment. Equality. Adventure. A bet

In 1882, before the day was recognized as a national holiday, workers marched from City Hall to Wendel’s Elm Park,  the largest park in New York City at the time. They gathered with their families for concerts, picnics and speeches.

The Adamson Act instituted the eight hour work day across the country. It was the first federal law that regulated employees’ hours at private-sector companies.

97% of US employers celebrate Labor Day

According to a Bloomberg BNA survey, almost all employers grand Labor Day as a full paid holiday for employees.  Those employees who do work on Labor Day are likely to receive greater pay for their time on that day, the survey also revealed.

It’s a weekend for people to come together

In 1898, Samuel Gompers, the head of the American Federation of Labor said that Labor Day was meant to be a time when workers “lay down their tools of labor for a holiday, but upon which they may touch shoulders in marching phalanx and feel the stronger for it.”

So, whether you’re stepping away from a laptop or a lathe, this weekend is a three-day salute to what you and your colleagues have achieved together.